Posted in You & I
Author: admin  Published Date: March 3, 2019  Leave a Comment on Is there any IDEAL age to get married? 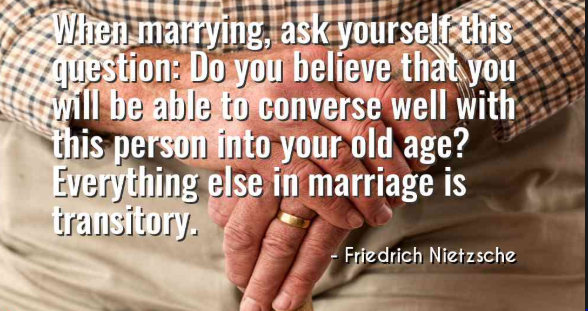 She did not want to go back to her sweet home which was used to be her abode to get some peace and happiness after a long tiring job. She took an auto outside her office and started her journey towards her home. Delhi- the city which is known for its traffic jam suddenly became less populated. Unlike other days, this time, there was no traffic on the road or may be it was what Shivani thought! Though it took 2 hours for her to reach the home; Shivani still thought it’s too early!

Standing on her doorstep, her hands were shivering. She did not want to enter the home as she knew she would be bombarded with the same questions which she were facing from the last one week. With a heavy heart, Shivani entered. Her father, who always welcomed her with a big smile, this time, was in an angry mood. While Shivani entered the kitchen to get some water, her mother started yelling and shouting, “Why do you not want to get married?”

Shivani was tired with the same question every day. This time she decided to counter her parents. “Why should I get married, when I don’t want to be”? Her parents were not ready for this reply, and so her father angrily told her, “Next year, I will retire, and you are 26, so this is the right time to get married otherwise soon you will not get any good boy. We have given you so much education and freedom so that you get a well-educated boy, but now you are misusing it”.  Her mother added, “Sharma’s daughter got married last month, she is younger to you.”

Is there any ideal age to get married, when Shivani was about to ask this question, suddenly her mother asked her, “Do you have a boyfriend with whom you want to get married? Listen we will not allow you to marry outside our caste.”

These words were enough to shaken Shivani who was working as a manager in an MNC. She always wanted to earn a name for herself in the corporate world, and so she was not ready to take her mother’s words. Tears started rolling on her cheeks when she stood up and left the room and discussion in the mid-way. She came to her room when her father’s words fell on her ears, “Iss ladki ko jayda padaana hi nhi chayihe tha. College khatam hote hi shaadi kar dete to acha tha. Musibat hi khatam ho jati.”

Shivani was in her room when she was thinking, is getting married the only purpose in a girl’s life? All the education which her parents gave her, it was just so that she could get a good groom. Girls should get married below the age of 25 as it is good for her biological cycle- we all heard this thing in our daily lives, but what is the ideal age for a boy? What is the ideal marriage age? No one dares to ask that!

Shivani wanted to achieve more success in her life but her parent’s words were enough to shatter her. She decided to give up and get married to the boy of her parent’s choice. She now convinced that she had already crossed the ideal marriage age.

This is the real story of one my friends. Many of you would be against Shivani’s decision. Even I was not happy with her when she came to my house to invite me for her wedding. I fought with her and gave all advice which I heard on TV from our ‘women rights activists.” But when Shivani left, I realized how much pressure a girl faced in her life when it comes to her marriage. Sometimes it is the society which again and again advised her to get married as she is getting older day by day and sometimes it is the family, which emotionally blackmails her to get into marriage.

But no one understands that there is no ‘ideal’ age to get married. But yes, there should be an ‘ideal’ person for marriage. Unless and until you find your soulmate, don’t get married. Marriage is finding a soul mate that would walk with you through ups and downs of life. But if you succumb to ‘marriage pressure’ and get married just for the heck of it, you will be leaving a life in which you would have a mate but not the soul mate!