Posted in You & I
Author: admin  Published Date: March 2, 2019  Leave a Comment on Infertility is Not a Taboo : A woman is ‘COMPLETE’ even if she is not a mother 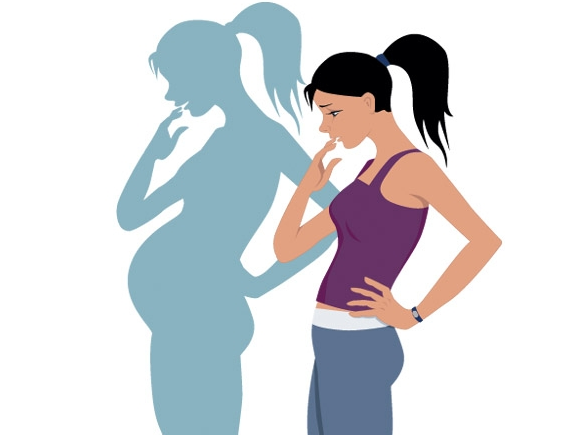 Though we both were in the same department; I hardly knew much about Shreya, except of the fact that she was a 32-year old marketing head. I guess we were so engrossed in our office work that we hardly got a chance to discuss anything beyond files and meetings.But on that day how came to her struggle with infertility.

I’d always thought that she had everything: A lucrative corporate job, high salary package, and a handsome husband. Recently, she invited all of us at her new posh home. Everything was perfect, or so I thought so! But something happened one day.…

We all were having great fun at our office Diwali party as after all we got a huge bonus and (good) gifts. As I got up to get one more rasgulla, the HR came to announce the three extra Diwali holidays! It was like a bonanza for us and coming from our workaholic and snobby boss, it was unbelievable. I got so excited that I put two extra rasgullas on my plate (or I made people believed that it was “this” reason that I decided to eat more).

I was searching for a chair where I could sit and eat my food peacefully when suddenly I found Shreya standing in a corner. I did not know what made me go there and talk to her, but my feet suddenly started walking towards her. It might be because she was the only person in this party who was not happy.

“Hey Shreya, try this rasgulla it is so yum”- I wanted to make her happy but what followed next was what I did not expect. She suddenly burst into tears. Startled, I tried to pacify her and took her to a secluded place, and when she felt a little better, she poured her heart out to me.

Everything was fantastic and going great in her life, except for the one thing… she was not getting pregnant.

For me, she was my role model who always had solutions to any business problem. But somehow I did not realise that she was also a normal person, who was married and dealing with the infertility problem like any other lady.

Shreya told me that she and her husband had been trying for a baby for the last one year, but nothing had happened. They also consulted doctors but in vain. And so, while everything was going well in the life, this thing was certainly not. And this one thing that was what they desired for more than anything else. She started venting out her frustration of her infertility journey.

“I can’t think of anything else, except babies,” she said. “I would be sitting in an office meeting, but I would be thinking about babies only. I remembered once I was at a marriage function when one of the guests innocently asked me to suggest some good schools for her kids. As I was so much successful on a professional front, she wanted my ‘expert’ advice and keen to know in which school ‘my child’ goes. But when I told her that I did not have a child, she smiled and said, you are so lucky that you don’t have to take such tensions. I gritted my teeth and smiled at her and then came back to home and cried for three hours. I desperately wanted to tell her that these ‘tensions’ I would love to have!”

I felt so bad for Shreya but then suddenly something hit me. I also had unintentionally did the same with her in the past when I showed some cute girl dresses online and asked her to help me in choosing the one for my daughter. Without any hesitation, she helped me but now I felt how much painful it was for her.

I was taken aback— here I had worked next to this highly successful young woman who was going through a tough time. We’d casually chatted on every topic, and I had this feeling that her life was perfectly normal. But it was not true. Deep down she was feeling miserable and just hiding it well. And then one day when everyone was happy, she could not keep it to herself and poured it out and that too someone who was her junior.

At first, I did not know what to say to her. Ironically, I always found her persona intimidated. Next to such a successful career woman, I always found myself as an ordinary office going mother. Little did I know that it was what I had that she wanted so desperately.

I was travelling in my thoughts, when suddenly Shreya said that her mother-in-law wanted her to take to a pundit to know when she will become pregnant. It was a shock for me. A highly educated girl like Shreya believed in all these things. But why you wanted to go there? And she replied, “I think this pundit will help me.” On prodded further, she said her mother-in-law had threatened her that she would get her son remarried if she doesn’t give her ‘vaaris’.

I wanted to yell at Shreya for silently bearing all these superstitions but I could not mustered the courage to do so. My conscience did not allow me. She was only trying to save her marriage. I was victimised by the same mindset when even after the five years of marriage, I was childless. At that time, my mother-in-law took me to some temple in our village where she asked me to stand in the holy river, behind the temple. It is believed that if you stand there for a night, Devi Maa will bless you with a child.

I was standing there helpless throughout the night and praying for a child, while my husband was sitting at home comfortably and watching India and Pakistan match. Ironically, my daughter ‘pari’ came into my life exactly after a year. I knew it was not because of Devi Maa but my mother-in-law was happy as she ‘won’. Just to get out of that infertility woes, I did what my mother- in- law asked me to do so now I have no right to say anything to people who believe in these superstitions.

Now I have a girl child, my mother in law wants the next child to be a boy, so she has asked me to do fasting for this. Also, she has said that when you get pregnant then take this ‘medicine’, which will ensure that your child is a boy.

I did not have words to console Shreya. I wanted to protect her from superstitions which only make a woman’s life hell, but I was helpless. I just walked to the gate. But this time, I was not happy. Shreya was much higher than me in the corporate world, but now she will also endure the same pain which I had to go through. Now she will also become the victim of these baseless beliefs. We both were two individuals but somehow victimised by the same mindset, according to which a woman, irrespective of her status and education, is considered to be ‘complete’ only when she becomes a mother. Infertility is like a curse in the Indian society.

It was a blend of reality with imagination but in this story some plots are true.