Posted in Ship Of Relations
Author: admin  Published Date: February 22, 2021  Leave a Comment on Is motherhood the end of career for a woman? 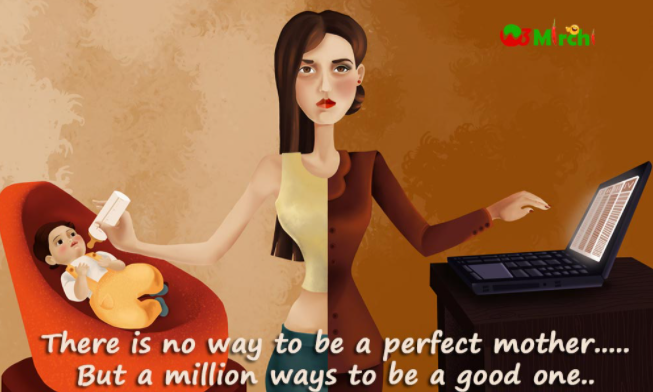 “She is not going to join after her maternity break”- it is what my boss told my female colleague when I embraced motherhood. Though my colleague was angry after hearing this (ya she likes me too much), I was not surprised after knowing this, even when I worked till 39th week of my pregnancy.

It is a common thing to see a woman quitting her job after motherhood.

But what if she decides to pursue her career and rejoins her job?

Motherhood infuses so many emotions in a woman which she was oblivious. So does it mean, the feeling of being mother should supersede other emotions- her professional success, her financial independence? Does one work only for money? The answer is no.

The reality is that in India, still it is a perception that a woman’s job is secondary to that of a man. Her prime responsibility is to take care of the family and look after kids. So the society is quick to presume that a woman will quit job after the end of the maternity break. She is labelled as heartless for leaving the child in others’ custody and for pursuing her professional dreams.

But just like at what age you should get married or whether you should have kids or not, are personal choices, so is whether should you resume job after becoming a mother or not.

There are instances where women join back due to financial obligations. Moreover, it is not at all easy for her to wake up early in the morning, manage all household work and then set kid routine before leaving for her office.

So just because a woman starts working after becoming a mother doesn’t any way means she loves her kids less and money more.

Life is equally difficult for everyone. So the next time you see a working mother, stop judging her. It is the least you can do for her.  I am sure, a working woman is already dealing with lots of guilt- the guilt of leaving behind her child to pursue her career, the guilt of missing special moments of her kids’ life to attend an important office meeting. So don’t add to her woes by judging her for her choice of choosing job.